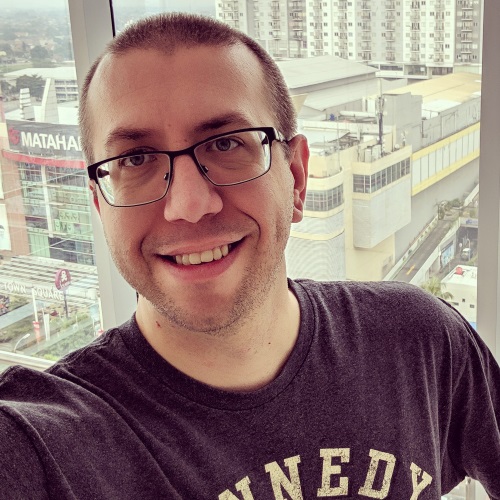 い Adjectives have their い character replaced with something else.

Negative Uses: くない Which actually brings in a new い to use for the い replacement character.

Past Conjugation: replaces い with かった

な Adjectives work similarly to い adjective conjugation IFF it’s in negative form, except we “introduce” a helper to give us that い that we need to conjugate with as if it were an い adjective in this case.

The result is that for something like げんき we add じゃない to make it negative. Then we modify the い in じゃない to make it じゃなかった. Similar to how it’s performed with い adjectives.

If it’s not a negative な adjective, the です is modified from ですー＞でした。

Similar to how a verb is conjugated to past tense.

Irregular Adjectives have their own very special rules, unique to the adjective.

The most notable is the いい irregular adjective.
A few other adjectives that share the ending of いい have this conjugation as well (such as かっこいい if I’m not mistaken…)

Today I reviewed two topics that I felt I was pretty fuzzy on and wanted to blog about for the sake of notekeeping.

The first is the: General Japanese Sentence Arrangement

The second is the use of へ particle and how it can be used where に has been used by myself as a default.

Review: に is used to refer to a goal of movement (location, time).
に is used for days, and time 時 but not for RELATIVE time like ごろ for example.

When in doubt, use に of course, but using へ can help improve fluency with the language.

Whenever you wish to imply that a verb “is possible”, that it “can” or “has the ability” to do something, you take the verb and modify it using some rules based on the type of verb (ie: u-verbs, ru-verbs, irr. verbs)

Most conversions are pretty straight forward, some are a bit more complicated.

Also note that る is added to the end as well. This る changes the verb into a ru-verb essentially, and allows you to conjugate them as ru-verbs.

So for example, if you wanted to write using -masu form, you could conjugate 行く as:
行けます and 行けません
You can even apply the ーんです。 to add an implication as though the potential verb were a ru-verb.

Example: 私は買えないんです。
(In debt with student loans, therefore…) I cannot buy it.

An important note is that the verbs that take the particle を can actually take either を or が when they have been turned into potential verbs. Verbs that take particles other than を remain the same however.

Another important note is that する is a bit special.

It usually takes が almost all of the time, and when it’s transformed into a a potential verb is: できる.

くる is also a bit special. It ends up becoming こられる — irregular verbs usually have these kinds of special cases though.

Below are some great charts to study and familiarize oneself with the potential verb transformations.

One last note, is that because the ru-verb variation of the potential ends up usually being longer than the original, many people in Japan don’t really bother saying the ら in the ーられる of the potential verb.

It’s not considered standard speech though, so  maybe among friends or people you feel you could talk very casually to would work best for not needing the ーられる and can instead opt to use ーれる for ru-verbs to potential verbs — but otherwise if you’re not sure, then perhaps using  in it’s entirety (ーられる） would be better.

Guide: How To Type In Japanese for Ubuntu 14

Today I spoke with Tomoko.

She was really friendly, and taught me a lot.

Whenever I had trouble understanding what she was saying, or had trouble thinking of what word it was I wanted to use, she wrote the word out on Skype and that really helped me out a lot.

It also works double, as being a great source for future study material.

The Skype messages received are listed below.

END_OF_DOCUMENT_TOKEN_TO_BE_REPLACED

Theme by Anders Norén — Up ↑